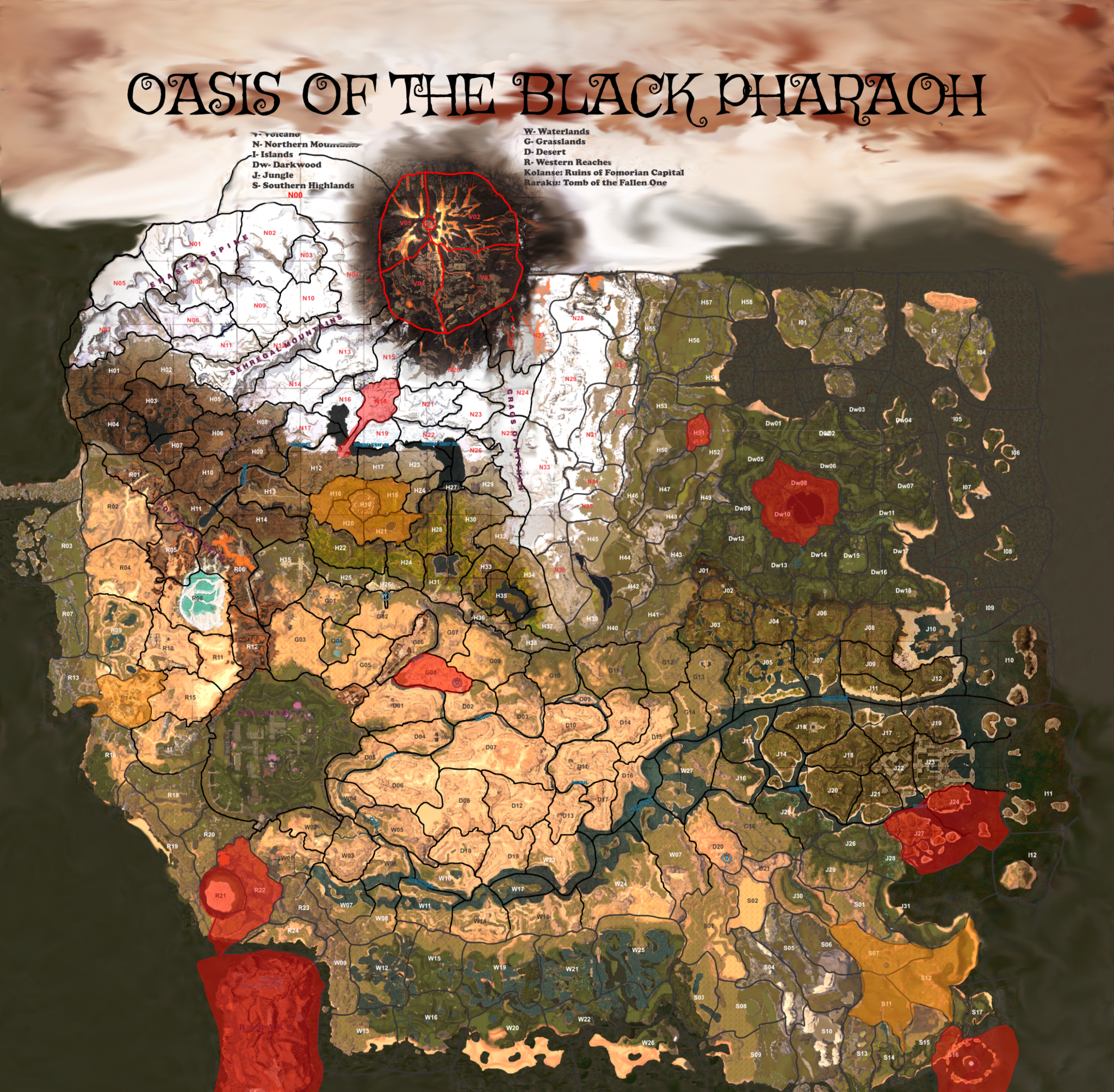 The Map of the Black Pharaoh’s Lands

Players must avoid building in the following counties, each of which have story- or faction-specific content coming soon!

Players may build in the following areas, but with restrictions to the nature, appearance, or function of the build.